We provide high quality wristbands for a wide range of events which can be personalised to your requirements or supplied unprinted in a range of materials. Our low-cost wristbands provide an ideal security solution for your event, attraction, charity or festival and come in a range of colours and materials including Tyvek, Fabric, Vinyl and Silicone.

Tyvek wristbands are made from tamper-proof material with a tear-proof security adhesive strip that prevents them from being transferred to another person. These one-time use wristbands feel almost like paper, but they are water-proof, strong and reliable, as well as being very cost-effective.

Fabric wristbands are often used at festivals and can be tailor-made with multi-colours to produce an eye-catching design. The woven material and locking clasp offer a high level of security which is hard to counterfeit.

Vinyl wristbands, commonly known as plastic wristbands, are more durable and usually recommended for multi-day events. They are comfortable, stylish and offer increased security due to the non-reusable, snap-lock fastening which is only removable by cutting off the wristband.

Personalised silicone wristbands are a favoured choice for events such as charity campaigns. The material has the feel of soft rubber and is comfortable, durable and available in a range of colours.

Made from high quality satin-like material, these wristbands provide a very comfortable option which imprints your design directly into the material using heat transfer which has a long lasting effect.

These are becoming popular at arena events such as music concerts as they allow the audience to create their own light show and create a stunning visual display with their illuminated wristbands.

Slap bands are a fun and fashionable promotional wristband, popular with children. They snap around your wrist and are easily removed. They are often used to promote brand awareness as part of a marketing strategy.

Wristbands not only provide event security, but are an effective and inexpensive tool to promote your business, event or activity. Add your company logo, promotional messages, brand image, or sponsor details to your wristband and be creative with their design.

Create brand awareness and use the opportunity to advertise your company with wristbands that can be given out as corporate gifts. 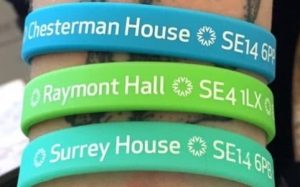 For thousands of students around the country arriving for their first week at university freshers’ week is a time of experimentation out of sight of their parents.

But today’s generation of ‘snowflake’ students seem not to be trusted to avoid the pitfalls and take themselves home safely at the end of a night on the town.

One student housing company is handing out Paddington Bear-style wristbands printed with their address and emergency contact details.

Campus Living Villages is giving the brightly-coloured safety wristbands to 13,000 first-year students this month, including undergraduates from the Universities of Birmingham, Exeter, Manchester, Leeds, and Liverpool.

The scheme has been labelled patronising by leading academics amid fears they could encourage binge-drinking by lulling students into a false sense of security.

Frank Furedi, an emeritus Professor of Sociology at the University of Kent, said that the wristbands “infantilise” students.

Sir Anthony, the former headmaster of Wellington College, said: “I think schools could do much more to prepare people.

It is the biggest transition students will have in their lives. “Suddenly students find themselves at university without anybody telling them when to go to bed, what to eat, when to exercise, how to look after themselves, what to do, what no to do. And it’s a very, very difficult transition.”

“Freshers’ weeks are often wonderful for students, but becoming so drunk that you need a wristband to help you isn’t going to result in everyone having a good time.”

The wristbands come amid a growth in the number of ‘educational workshops’ organised by student unions during freshers’ week, with many Russell Group universities now holding compulsory ‘sexual consent classes’.

Other universities, including Oxford and Cambridge, will hold workshops covering racial awareness and lesbian, gay, bisexual and transgender (LGBT) equality, where first-year undergraduates will be taught how to avoid sexist or racist “migro-aggressions” against other students.
“It’s a bit like putting collars on dogs or cats,” he told The Sunday Telegraph. “It’s perfectly alright for 5 or 6-year-olds, but when you treat young men and women like that you’re assuming they are children who need to be subjected to this intense level of paternalism.”

“There’s this assumption [at university] that if you get drunk, that’s an irredeemable problem and you’re going to be damaged for life. It’s a normal part of growing up – they should really just chill out and leave students to get on with stuff.”

Sir Anthony Seldon, vice-chancellor of the University of Buckingham, also criticised the wristbands, adding that too many students arrive at university unable to deal with the challenges of adulthood.

Prof Furedi labelled these workshops a “social engineering project”. When students arrive at university, he said, “all of a sudden they find initiatives which are attempting to change the way they think and behave.”

Richard Gabelich, CEO of Campus Living Villages, which owns 15 student housing sites across the country, said the company hopes to ensure that students are living “safely and responsibly”.

“It’s important to us to do whatever we can to further ensure the safety and wellbeing of our own residents as soon as they walk through our doors to the end of the academic year,” he said.

“We believe these festival-inspired wristbands will go some way to ensuring that safety and reduce any concerns for our residents.” He added that the company has had an “extremely positive response” to the wristbands from students.

LED wristbands are the hottest and latest promotional item for concerts, events and large scale shows! They brighten up the entire audience all, while promoting your brand. Featuring all the benefits of a standard wristband for identification and practicality, these wristbands contain glowing LEDs with a controllable on/off button. The material is a mixture of plastic at the front and connected by silicone.

DELIVERED TO YOUR DOOR WITHIN 14 DAYS!

They come in 3 different options;

None Sound Activated – the light is activated when you simply switch the button on.

Shake Activated – the light is activated when you switch the button on and the light flashes when you shake it. 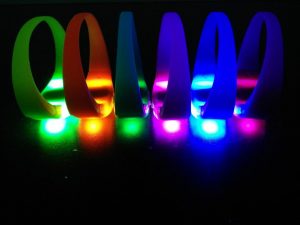 Please fill out our form and we will call you back with your quote. 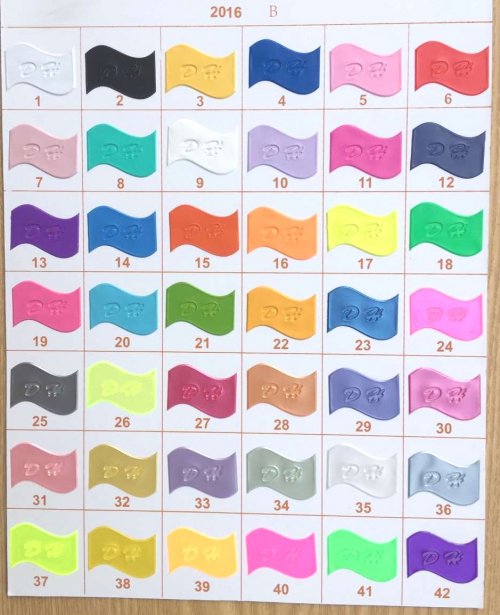 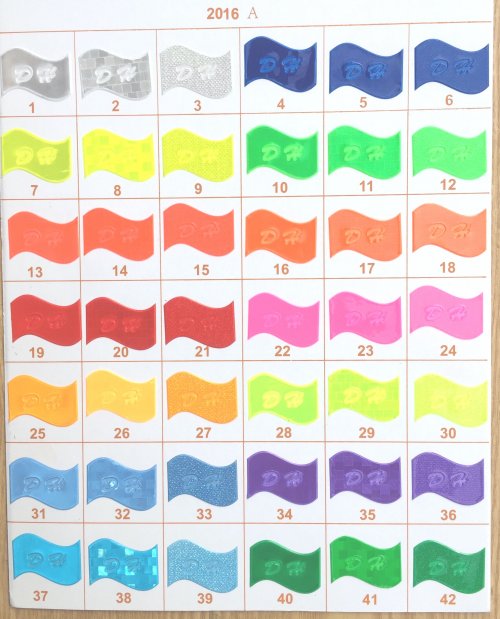 Use this guide to assist your colour selection and specification process. This chart is a reference guide only. Pantone colours on computer screens may vary based on the graphics card and monitor used in your system. For true accuracy use the Pantone Colour Publication.
Send As Quote
To save your quote, please enter your details and email address. This will send a link to you so you can access your quote at anytime.
Back Send As Quote
Your quote will be saved, to access it please click the link you have been emailed or copied.
Your cart email sent successfully :)